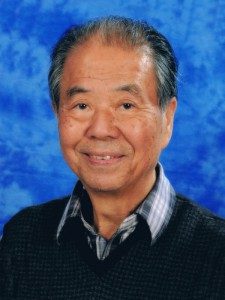 My father, Dr. Boning Li, founded this business over two decades ago. He wished to work until his last day, and he did. His last day in office was on March 18, 2013. The next day, he flew to China for his annual trip. On April 20, 2013, he passed away in China, due to a stroke. He was 80 years old and very healthy for his age.

My father was born on July 1, 1933 in Si Chuan Province, China. His father was a well-known traditional Chinese medicine doctor. He graduated from West Chinese University of Medical Science. After medical school, he became a surgeon. He always loved traditional Chinese medicine. Then, he graduated from Cheng Du Chinese Medicine University. Due to the family influence, he knew both traditional Chinese medicine and western medicine. As a surgeon, he discovered that he had a passion for anesthesia acupuncture. Since then, he devoted his professional career to the field of acupuncture. In the ’70s, he was part of one of the first groups of doctors to perform anesthesia acupuncture during surgery in China. He was the director of Si Chuang Chinese Medicine Research Institute and head of Research Institute for Acupuncture-Moxibustion and Channel-collateral. He was the first council member of the National Chinese Society of Acupuncture (appointed by the Chinese Health Department). Since then, he had over 50 years of experience in the field of acupuncture. He taught many doctors and international students. He traveled to many countries to treat a variety of patients and to teach acupuncture. He has cured a great number of various common and complicated diseases. Some of the cases typically have been collected in China Who’s Who in Modern Acupuncture.

In the mid-’70s, he volunteered in Africa for 3 years. His acupuncture books have helped many people to understand and practice acupuncture. His patients ranged from presidents to farmers. Everybody loved him.

After he passed away, we have received many cards and flowers. We are always tearful when we read the cards because we get to know how many people my father has healed and touched. We appreciate and are thankful for the kind thoughts that help us build his memory.

My father and I worked together for almost 20 years. He was my father as well as my mentor. It was too soon to say goodbye to him. My last memory of him is saying goodbye to him in the airport. He flew solo to where he was born and that was where his story ended.

Like one of our patients said to me, “Energy cannot be destroyed; it can only be transformed.” This is his legacy that has been passed on to me and to the people he has touched and loved.

We all deeply miss him every day and every moment.

Some of the Cards I Have Received

Dr. Boning Li wasn’t only our doctor. He was also our counselor and comforter. He helped us to find peace and good health through our daily life struggle.

My life was blessed having Dr. Li as my health practitioner. His kind and gentle spirit delivered the highest quality of care. I was an honored patient of his for 25 years. His memory and guidance remains in my heart.

There are certain people that I have met in life when I immediately knew that person was special. Dr. Boning Li was that type of person. The very first time meeting him, I immediately felt trust, kindness, compassion, and respect. Yes, it was a genuine honor and privilege to have met him and to be a patient to both of you.

Dr. Boning Li was such a wonderful man, and he made such an amazing impact on my life. I am so very grateful to have known him and for all did to make my life better. He had a huge heart and I felt his love every time. I have come in over the past 20 years.

Dr. Boning Li was a great man. I so enjoyed my time with him and his knowledge, kindness, and treatments.

Dr.  Boning Li touched our lives and improved our health. We will never forget him.

While we feel your loss, we revel in having known the wonderful Dr. Boning Li. His caring, youth, compassion and humanity are an inspiration.

I was so sad to hear the news about your wonderful Dad.

He was a man with great skill and humility.

A visit to your office was always a joy! Watch the two of you practice your art together.

Seeing him and knowing of all the accomplishments he had during his lifetime is an inspiration to me.

I shall always consider knowing him, and you, as such wonderful fate.

He was very proud of you and the fact that you followed in his footsteps, as a fine Doctor.

Thank you to all the people who sent us such kind and caring letters. We have so many that we were not able to post all of them, but they are all in our hearts. Thank you. 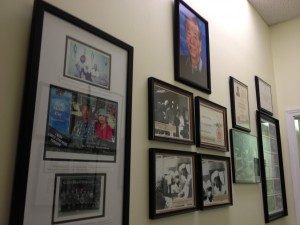 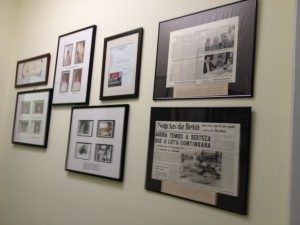 This is the special wall in memory of Dr. Boning Li in our office.